“DUSTARDS” is an award-winning Ukrainian feature documentary film about a cross country motorcycle journey through one of Eupope’s biggest countries. The film tells the story of four friends and follows them on their journey. The film also gives unique look in to the personal lives of the riders. The soundtrack is from the Ukrainian indie-folk musician Sasha Boole and narration of a local Carpathian “Hutsul”. The story takes place in Ukraine at the end of summer 2015, when four friends embark on a road trip on their motorcycles to explore Western Ukraine. 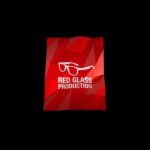